We have reached a complex and transformative stage in digital business.

After more than a quarter century of random innovation and the entrenchment of legacy models, protocols and technologies, digital transformation is reaching hyper-speed, exposing the unsustainable avalanche of complexity faced by many IT organizations.

Not only are legacy platforms becoming too difficult and too costly to manage, many entrenched technologies are increasingly incapable of supporting emerging business needs. This leaves businesses exposed and vulnerable to competitors who have already made the shift from managing complexity to driving digital transformation.

Break the complexity cycle and simplify IT, before complexity suffocates the promise of competitive advantage.

A STORY OF EVOLUTION – TOOLS, USERS AND CARETAKERS

For the past 30 years, enterprise communications have been dominated by large, function specific platforms serving the personal computers tethered to them. Soon, the PC became as central to our professional lives as the deskphone. IT managed these platforms and everything connected to them, guiding users via “PC Support” and the “Helpdesk.” The role of IT was that of caretaker rather than innovator, a support function to the business.

As Wi-Fi and smart devices emerged, users reveled in their ease of use and the untethered freedom they brought. It also brought a new meaning to “user experience.” Suddenly, corporate technology was outperformed by personal apps, and Ethernet cable felt like a ball and chain to users. Soon, BYOD became a user movement and IT complexity multiplied over-night.

The past few years have seen our personal communication tools and methods drive changes in the workplace to meet the digital needs of customers and employees, but it is not an easy transition. It didn’t take long to realize how important a unified technology strategy was becoming. As IT teams established wireless networks to meet the needs of a mobilizing workforce, they quickly struggled to manage the wireless and wired network independently. The need to simplify is achieved through a unified access technology strategy that unites the wired and wireless networks, for both users and network managers.

ALL ROADS LEAD TO HYBRID IT

Today, many corporations find themselves in a hybrid IT model, running on two simultaneous tracks: the analog past and the digital present. The past is where large, enterprise owned systems support huge volumes of transactions and store massive amounts of data. The present is where on-demand resources are there when you need them, freeing the enterprise from the burdens of ownership and creating a more nimble and responsive organization.

No matter the ratio of past vs. present, every IT organization today finds themselves in a similar state of transition, because the future is where corporations want to go.

Incumbent communications systems age gracefully, quietly performing as expected beyond their anticipated life cycle, but age they do. On the surface everything may seem to be in order, but legacy systems are vulnerable and pose risks, some subtle, others not.

Risks posed by an aging communication system can be divided into three types:

Each scenario is disruptive, and preventable. The risk of aging communications systems and potential reward of moving up to next-level enterprise communications is presented in this whitepaper from ALE.

Beyond the risk considerations of aging systems, there are many financial and operational benefits of voice modernization, as highlighted in this Voice Network Guide. Though this document is modeled with an education example, the operational and financial advantages are applicable to all industries. Have a look, and here’s to making IT simpler and more responsive! 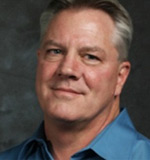