While the continuing evolution of communications has had an overall positive impact on everyday life (except for Pokemon GO of course), it also has created a silent protagonist position for the software that runs the network.

Many people contribute to software development

From a small group of cohesive and localized software developers used to cover the process from concept to distribution to support; to scattered groups of independent developers, remote freelancers, and subcontracted companies that use multiple distribution methods including web sites (secured or not), USB sticks, CD / DVD, and OEM factory installations – it’s not unusual for hundreds of hands to contribute to software development.

Each handoff and each development stage constitutes a point of potential vulnerability, even before the software is "turned on" for the first time on our systems.

All software is inherently vulnerable

It's true that there are firewalls, virus scanners, VPNs, and passwords to protect us, but despite all these tools there is an intrinsic vulnerability in software that may have “traveled” around the world before arriving in our system. And this also applies to open-source code - for instance, who would rewrite a simple function such as SSH (System Shell) from scratch? No one, because regardless of how simple - it costs time and money.

Despite the risks, there is a sector that is not always fully aware of the inherent vulnerabilities in the software layer of their networks: a subset of the industrial sector that is using mission-critical systems.

These industrial sectors are going through an enthusiastic and rapid digitization. They call it "Industry 4.0," or "IoT." Preying on the enthusiasm for advancement, sometimes Industry 4.0 seems to forget cases like Stuxnet, a cute little worm that didn’t just attack computers - it took over the SCADA systems of some nuclear power plants. Nothing scary about blocking the command and control systems of a nuclear power plant, right?

And there were other malicious attacks on a steel factory in Germany, the Ukrainian power grid, a water treatment plant in USA, and other critical infrastructures. So much so that IBM identified the industry as the second most attacked sector in its 2015 Cyber Security Index.

These attacks may not be unavoidable, but a defense-in-depth approach is necessary to a holistic security strategy. The base software – or operating system – needs additional protection. The manufacturer must allow the operating system to be checked, adjusted, and validate by a third party.

A third party can contribute to an additional layer of support through independent verification and validation, as well as by shuffling the object code in a way to confuse any hacker that left a vulnerability on purpose. This third party support must be continuous. If a new malware is discovered, a new inspection is done and a new shuffled code is generated.

Hard to swallow for the manufacturers? Maybe.

But would it be a good cure? I think so. And you? 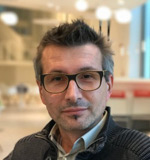 Europe Gets an Essentials Update to Rainbow Office

A Day in the Future of Mobility

Education continuity: Teaching and learning during a crisis

Engaging students and managing a remote classroom can be daunting. Technology designed with education in mind brings collaboration and control to the classroom.

Are you an ALE customer? Gartner wants to hear from you!

Gartner is looking for your input for their Peer Insights Reviews. Take the brief survey and Gartner will provide access to their documents just to say thanks!