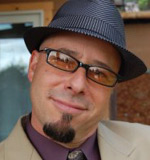 I heard something recently that made me stop and take notice.

It was a comment from French author and consultant Louis-David Benyayer, who told a gathering of business executives that "trust is the new currency."

Normally, I don't give much credence to anything that sounds like a buzz phrase, but this one is different because it gets to the heart of a major change in business. Think about it: We live in a time in which technology-powered connectivity and collaboration have become the grease for enabling business to occur. Today's networks and communications tools have opened a door to the world, enabling us to work closely with anyone else, regardless of time and geographic constraints.

The evolution of trust

But this opportunity also has brought with it a potential minefield that we've been exposed to as part of a largely unknown universe, forcing us to rely on technologies we don't fully understand and people we've never met or even spoken to. Here’s where trust becomes a factor. In such an environment, trust has taken on an ever-larger role, becoming the foundation on which business is built. In this sense, it literally has evolved into a form of currency, and evidence of this evolution is all around us.

Take Sweden's Winn Hotel Group. The company's decision to route all interactions with guests — from check-ins to room-to-room phone calls to requests for extra pillows — through their smart phones necessitated that the wireless network be ubiquitous and reliable. Winn has essentially assured its guests that they can trust in the network, a promise that is changing its business.

Similarly, doctors around the world are able to speed up diagnoses and slash healthcare delivery costs because they can trust in a hospital's network to reliably and securely transmit X-rays, CT scans and other images, and that the person receiving them has been cleared to access that information. In this case, trust is literally helping doctors to save more lives.

Examples like these cement Benyayer's suggestion. Trust really is the new currency.

When trust BECOMES the business

Of course, this growing role for trust is easier for some businesses to adjust to than others. The examples above come from well-established industries, in which old-world companies are being forced to adapt to a new set of rules. But as disruptive new companies form today, they're able to establish trust as a fundamental and foundational building block. Sometimes, in fact, trust is their business.

For example, trust was so critical to long-distance ride-sharing company BlaBlaCar from its first day of operation that it adopted the phrase "In trust we trust" as one of its founding ideals. That may sound like an ominously empty slogan from an Orwellian novel, but in today's business world, it's an idea with meat behind it.

"Without trust, there is no ride-sharing," Laure Wagner, corporate communications manager for long-distance ride-sharing company BlaBlaCar, said via a video shown just moments after Benyayer delivered his "trust is the new currency" message at ALE's annual Business Partner Event in Paris.

The three categories of trust

If you break down this idea of trust being the new currency a bit further, there are three categories of trust that jump out as critical: trust in technology and the network; trust in the agility of the business; and trust in colleagues, partners and customers. The thing is, the second and third categories are inextricably tied to the first, because without a network that people can trust, agility and collaboration in today's business world are all but impossible.  If the network fails, people fail and trust is damaged.

That means ALE and its suite of networking and communications products sits in the sweet spot of the trust continuum. Today's workers rely on rock-solid networks and the applications they deliver to flow seamlessly between their homes, offices, cars, schools, gyms, vacations…name the place, and someone is trusting in their ability to rely on the Internet to achieve a goal or deliver an outcome.  Down the line, as new innovations further free us from the confines of time and place, the need to trust in the network will only become more prevalent.

In other words, Mr. Benyayer, if you think trust is the new currency now, you ain't seen nothing yet.

Having spent the dot-com boom and bust years in Silicon Valley, he's had a front-row seat for the evolution of the technologies that have been the foundation of IT-powered business—from the growth of client/server computing, through the birth of the commercial Internet, to the emergence of cloud computing, social media and big data. He has been a regular contributor to publications such as Investor's Business Daily, Baseline, Network Computing and TechTarget, as well as numerous technology community sites.

A 1988 graduate of the University of Missouri-Columbia School of Journalism, Tony spends his non-work hours chasing his two little boys around, handing money to his teenage son, and desperately trying to get his wife to answer her cell phone.

Today the question is not ’if’ but rather ‘when and how’ digital age communications should be implemented in the global enterprise operational model.

Setting business objectives, ensuring an engaged workforce, and understanding the impact on business processes are vital for a successful digital workplace. 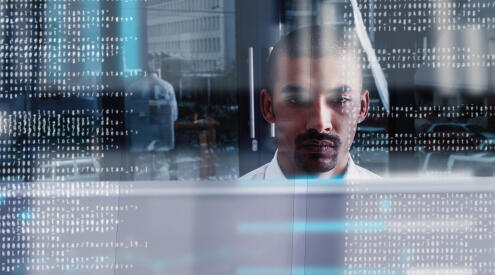 Zero to hero: How zero trust security can save your network

For companies and organisations, zero trust is your best bet to ensure your IT hardware and connected devices are secure, and employees are protected.

Communications Platform As A Service

Smart mobility enabled by MaaS: The breath of the smart city

Smart mobility is critical to the smart city and plays an important role in sustainability. ALE technologies are helping cities achieve these goals.