ALE, operating under the Alcatel-Lucent Enterprise brand, today announced that sales veteran Mike Mullarkey has been appointed as Senior Vice President of Sales for the North American Region.

“Mike’s leadership has had a significant impact on each of the teams he has steered during his impressive tenure with us,” said Rukmini Glanard, Executive Vice President of Global Sales and Marketing at ALE. “Time and time again, he has shown his ability to meet and overcome challenges. As a former U.S. Marine, he doesn’t know the meaning of the word ‘quit.’ We are confident the North American Region will thrive under his direction.”

Prior to joining Alcatel-Lucent, Mike was a senior director at Ameritech. He holds a bachelor’s degree in engineering from the University of Illinois at Chicago. He lives in the Chicago area and has two grown sons.

Mike’s focus will be to drive ALE’s business strategy and revenue results for the U.S. and Canadian markets with responsibility for all of sales, professional services, and channel management.

----
* The Alcatel-Lucent name and logo are trademarks of Nokia used under license by ALE. 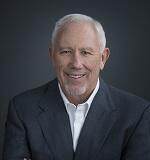