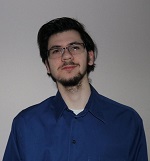 Resiliency prevails in hospitality in 2020 and beyond

The hospitality industry will be challenged to reinvent itself as we emerge from the global health crisis.

It’s going to be a hybrid world, and here’s why

One key takeaway from an IDC Enterprise survey in late 2015 on the state of UCandC adoption among businesses was that 54% of enterprises, large and small, said they were preparing to adopt hybrid UCandC by 2017.