Shortest path bridging is an open standard supported by multiple vendors and is fully described in IEEE 802.1aq. in essence, it uses MAC-in-MAC encapsulation in the data plane and IS-IS in the control plane to provide loop-free separation between services in a network.

Each location needing access to a service is gets the VLAN for that service delivered there.

What are the problems with this approach?

Problem one is complexity. As the number of services and the number of locations grows, things get increasingly difficult to manage. Each new location, each new service, each departmental move causes a big change in the network since the VLANs have to be added to or modified at every switch in the path. This is time consuming and prone to error, and the problem gets worse the bigger our network gets. In the diagram below, adding CMS as a service means performing configurations on 5 different switches.

The second problem is a side-effect of using VLANs. VLANs are layer 2 constructs, and the way to learn a layer 2 topology is through the use of spanning tree. In order to avoid loops, spanning tree will leave physical links unused. That gigabit link you paid dearly to provision may in fact be sitting idle.

What’s more, a given service may not actually choose the shortest path, causing performance issues for some users.

How does the picture improve with SPB?

With an SPB-based network, layer 2 services can be distributed throughout the enterprise painlessly. The problems of a traditional VLAN based network disappear. In an SPB network, a new location for a service is provisioned at the edge of the network – the rest happens automatically. This significantly speeds up deployment and reduces the risk of error. Another benefit with SPB is that ALL links are used, and the SHORTEST path is always chosen. No more idle links since no more spanning tree.

SPB is supported today in OmniSwitch 10k, OmniSwitch 6900 and the OmniSwitch 6860, allowing SPB to exist from the core to the edge. There's a great white paper talking about how you do that migration painlessly. And our customers are getting it too -- folks at Abilene Christian University have adopted SPB for a "simplified, more scalable and bandwidth-optimized network". The Universidad de Extremadura is another example of the customers from different regions and verticals who are seeing the benefits of SPB. Take a look and see if it's time for your network to bid farewell to spanning tree! 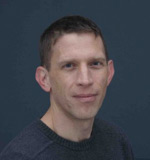 Rob Hemmerich has worked in the telecommunications industry for over 20 years, holding diverse roles in sales, marketing, program management and software development.