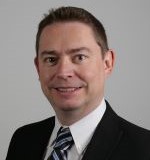 The Internet of Things (IoT) is everywhere.

Every network equipment vendor, as well as cyber security software vendor, is selling their solutions’ value in an IoT world.

I even met a lawyer who now specializes in, and is an expert of, regulations for IoT data privacy management.

Today, a customer challenged me on this IoT buzzy marketing trend. He stated that connecting all these devices to the network is nothing new to him. Indeed, traffic light systems are connected and have been managed for about hundred years while digital signage connected screens started in train stations in the 70s.

So, is IoT just the latest marketing story to recycle an old story of connected devices? Indeed, connecting devices have been the purpose of the network for…. well, forever.

First, let me start by saying I’m biased. I am a network “guru” who works for a mainstream network solutions vendor so, daily, I’m pitching the unique features and benefits of our network technologies that securely onboard and manage IoT devices. Given that personal bias, here’s my view on how IoT is a reality as demonstrated by a real-life example that cost me $85 two days ago.

The main change with IoT is that most devices, objects and things are now connected to the internet to retrieve information or share data. They can also connect and communicate with each other to make decisions. Communications are no longer just people to people, but people to machine and even, machine to machine.

So, two days ago, early in the morning, driving to the airport…

Not fully awake, I drove through the orange traffic light. No debate, I’m a bad boy! It happened instantaneously – the traffic light sent a message to the camera to take a picture of my car. Then, the picture was then transferred to a central image processing system to extract my car number. This car number was sent to the central fine system. Based on it, the fine system checked my ID information that was recorded in the database. Less than two minutes after my miserable mistake, I received a message on my car’s screen, connected in Bluetooth to my smartphone, stating that I received an 85€ traffic light infringement fine in my mailbox.

IoT transforms our daily lives, sometimes to our benefit, sometimes… less. Machine to machine, machine to people, delivering new types of automated services for smarter cities but as well for new connected experiences for patients in hospitals, for students attending universities, for guests staying at hotels, for travelers in airports and for citizens everywhere.

For better or worse, this is the magic of an IoT world in action. Feel free to share where you've seen IoT in action in the comments below.

Philippe leads an international team responsible of the company’s go to markets, value propositions and strategic and specialized partnerships for the Government and Defense, Healthcare, Education, Transport, Energy and Utilities sectors. Philippe is also in charge of the business strategy governance with the best performing countries.