Where (i.e., when) they were heading was the Year 2015, and as we now know, we still need roads. In fact, the number of vehicles on the world’s roads crossed the one billion count in 2010, and this number is expected to double to two billion vehicles by 2035. That’s less than two decades away.

What is very different about today’s roads versus 1985’s is how much of an education they have undergone in the interim. Roads are downright smart today, one could say, and very sensitive, too. And they are getting smarter and smarter and ever more sensitive all the time. Roads, and indeed the overall transportation infrastructure, are at the forefront of the Internet of Things (IoT) technology revolution. The communication infrastructure build-outs that parallel the road systems themselves have their own names specific to the industry that they serve. They’re called Intelligent Transportation Systems (ITS). 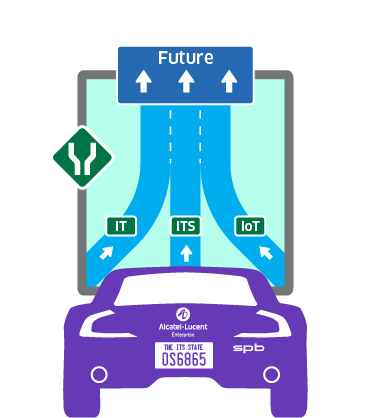 Intelligent Transportation Systems (ITS) serve the role of communicating information about an array of road conditions along with dynamic, contextually-relevant instructions to travelers and first responders about the appropriate behavior that is required.

How do they work? Roadside sensors and cameras gather data about traffic, weather, and other environmental conditions supported by a vast network of communication pipes that parallel the roads themselves enabling them to respond accordingly:

• Instructions are sent to digital signage that may include messages for travelers about conditions ahead of them
• Or the system may simply change the street signaling pattern to adjust to traffic flow conditions
• Or may change the posted speed limit accordingly, alerting drivers to slow down

In time, systems will communicate directly with vehicles, which by then will be largely self-driven, and vehicles will adjust their speed and traveling behavior to optimally-respond to prevailing conditions.

These systems constitute the most advanced expression of the vehicle highways’ information highways. Demands being placed on these information highways are exponentially growing in both volume and complexity. This calls for significant reinvention and upgrading of traditional ITS infrastructures and, like the rest of the world, the transportation sector has come around to recognizing the virtues of IP. They need the right network infrastructure tools to provide a robust and reasonably administered ITS network to accommodate the explosion of the IoT on our roads.

The Alcatel-Lucent OmniSwitch® 6865 Hardened Ethernet Switch (OS6865) addresses the needs of emerging IoT in ITS. It delivers the perfect combination of features and functions that enable departments of transportation (DOT) and other regional and local transportation sector entities to build out their road-based ITS infrastructure the right way for today and for the future:

• Environmental conscientiousness – The OS6865 is built to handle whatever the elements throw at it, meeting stringent NEMA TS-2 specifications for harsh temperatures -40º to 165º F (-40° to 74° C), vibration, and dust conditions. In short, it’s built for the road.
• Resiliency – The OS6865 offers the unmatched redundancy and availability feature set afforded by IEEE 802.1aq standard Shortest Path Bridging Mac-in-Mac (SPB-M) for robust deployment topologies such as rings, stars, and mesh configurations.
• Extended IoT lifecycle – The OS6865 will handle today’s cameras and sensors and those that are being designed and built for tomorrow. Support for 1G and 10G uplinks ensures an upgrade path for the bandwidth requirements of tomorrow, and PoE and PoE+ support for today’s devices is complemented by support for tomorrow’s demanding power draws of up to 75W for multiple connected cameras or other devices, using either AC and DC power supplies, or both.
• Ease of deployment and maintenance – The OS6865 offers elegant, automated, virtually zero touch deployment options, led by the award winning Intelligent Fabric, along with powerful and friendly NMS monitoring and control. While the virtues of SBP – as an easy to design, deploy, service and maintain technology – ensure that the nightmare of relying on Spanning Tree (STP) can be a thing of the past 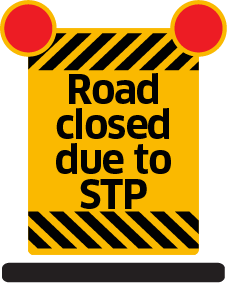 NDOT drives and buys into the vision
The Nevada Department of Transportation (NDOT) is well ahead of the curve when it comes to scoping out and beginning to build their ITS network to accommodate the future IoT. After an exhaustive evaluation of available technologies, NDOT has selected the OmniSwitch 6865 as the platform on which it will build its ITS network that covers the state of Nevada.

In brief, NDOT wanted to get rid of Spanning Tree (STP) with all its attendant headaches and at the same time build an IoT container-centric architecture to handle the emerging array of sensors, cameras, and other data sources. They selected the best solution to efficiently collect and supply information to various state departments, Public Safety, and the travelers.

The generous 10/100/1000 port count, PoE, PoE+ and High PoE capabilities, 1/10G uplinks, automated provisioning elements such as Intelligent Fabric, powerful and friendly network management system (NMS), and a rich internetworking and metro feature set, all offer the perfect combination for the department to achieve its forward looking vision. NDOT has begun the deployment of the first 70 of what will be hundreds of OmniSwitch 6865 switches.

Check out the OmniSwitch 6865s or contact an Alcatel-Lucent Enterprise representative for more information about how the OS6865 can get you on the road to making your ITS life a whole lot easier.