ALE OmniSwitch may be the most secure switch on the market 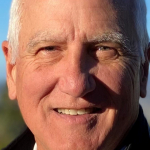 Security is a top priority in federal networks. OmniSwitch is the switch of choice to deliver the zero trust network security governments demand.

In today’s high-tech world, zero trust network security has become one of the federal government’s most critical concerns — particularly in light of the recent incursions into U.S. infrastructure by both state and rogue actors. In fact, cybersecurity has become so critical, advanced micro-segmentation zero trust network security architecture has become the “Gold Standard” for LAN networking. Whether it’s stealing subscriber, employee, customer, or taxpayer data, or holding entire company networks for ransom, the critical nature of network security has exploded before us and with it the recognition that networks once thought secure — are probably no longer.

For U.S. government departments and agencies, using the most secure equipment available, has become not only critical, but is now a matter of sustenance. For agencies to continue to operate and to support the missions they are assigned, cyber-attacks must be addressed head-on.

Fortunately, Alcatel-Lucent Enterprise has stepped to the forefront with the Alcatel-Lucent OmniSwitch® family of products, delivering the capabilities required to ensure federal and critical infrastructure networks have the security required to meet today’s challenges. The OmniSwitch family serves critical needs in civilian and defense networks supporting aircraft landing systems, nuclear power-plant operations, critical navigation systems and high- quality, real-time video surveillance for both security and new operational management models. Alcatel-Lucent OmniSwitches have been embedded in federal networks for more than 20 years without a single security incident being reported. Combined with the extreme durability of the OmniSwitch (confirmed by multiple destructive barge tests), these performance characteristics are just part of the reason the OmniSwitch is JITC Certified, on the DoD APL, and deployed throughout the U.S. Navy fleet. The OmniSwitch also provides critical functionality to support the development and deployment of micro-segmentation zero trust network security architectures.

The OmniSwitch is designed with a number of capabilities embedded to assure network security. One of the most critical is the Alcatel-Lucent Enterprise Secure Code.  Secure Code steps above and beyond required standards to deliver what may be the most secure switch available today. Critical steps include:

These steps — independent software verification, software diversification, and secure delivery of software products — which are unique to ALE, bring a new level of security and confidence to network switch standards.

Simplicity is a security feature

We believe the easier it is to operate and manage a network, the more automation that has been built into it, and the fewer steps or systems needed to support the network, the more secure the network will be. This is true because simplicity reduces the potential for errors which can leave areas vulnerable. The ALE OmniSwitch takes simplicity to the next level with:

Keeping it simple for the Department of Defense and civilian agencies means one operating system, one management system, Secure Code, and durability. These elements have combined to support the U.S. Navy, where OmniSwitches have been deployed for more than 20 years, delivering the lowest Total Cost of Ownership (TCO), with what we believe may be the most secure switch on the market. Learn more about the Alcatel-Lucent OmniSwitch product family.

Steven Kleinpeter has been the Director of Alcatel-Lucent Enterprise US Federal Sales for 11 years, and has over 30 years’ of experience in Federal Communication networking.