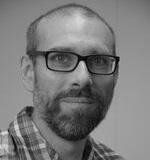 In November of 2018, as part of an Alcatel-Lucent Enterprise, ALE Breweryinternalcrowdsourcinginitiative, ALE employees worldwidewere invited to unleash their musical talents. The task was tocreate16 ringtones and alarms for an upcoming release of Alcatel-Lucent Enterpriseoffice phones. However, the scope of the initiative went beyond justmusical composition.Participants were asked to apply their business acumen to considerthe right ringtone for the right business environment. They were asked to think about what wouldwork best, for example, in a hospital, or in a hotel and to take advantage of the super-wideband* audio capabilities that the new phones offered.

A dozen ALE employees,across all continents, jumped at the chance to participate in the initiativewith more than 100 ringtones submitted. A group of ALE Executives and employees, as well as Business Partners, narrowed the 100 submissions down to sixteenbased on a strict selection process.

Now, you might ask yourself who would participate in this kind of challenge and why.Interestingly, not all of the participants were musicians and for some it was actually their firsttimecomposing music. For Carine Bowen, Social Media Communications Manager in Colombes, France, it was an opportunity to tackle something completely different than she was used to in her normal work day. In addition, she was excited about the opportunityto add a tangible element to the ALE products.

The opportunity to make a personalcontribution to the company was a key motivator for other participants as well. Cédric Simon, a software developer in the ALE Terminals team, composes and produces music regularly. He was working on the introduction of super-wideband codec in the phones when the challenge was launched.He seized the opportunity to put a bit of his heart, in addition to his software skills, into the development of the phones.Hubert Liegeois, a member of the Pre-Sales ALE Terminalsteam, expressed a similar desire. “Working in Pre-Sales on a daily basis, I wanted to participateinthe challengeas soon as I readthe announcement.”All participants agreed that the opportunity was challenging and fun.

The creative process canbe a mysterious and enlightening journey. Gilbert Cabasse, a senior software developer in Brest, France,looked at the challenge from an empathetic angle, asking himself, “What kind of ringtone or alarm would I want to be notified by? What kind of alarm would alert me, without alarming me?” Carine used a similar process. “I thought about whatmusic I would like to hear when my phone rang at my desk, and thenit came to me very quickly”. Cedric Simonemphasized the need to focuson melodies that would fit the business environment while leveraging the super-wideband capabilities. “I spent several hours on each melody to carefully choose the instruments, compose the melodies, and finally to mix/master them properly to get the best possible sound.” Hubert agreed, “Composing a ringtone melody can be a challenge. It can be very short and effective, or may last 20 seconds and not be interesting at all. Repetition is important.The sound must be able to be playedin a loop without being boring. Creating a ringtone melody is not the same as playing music.”

Another criterion for the ringtone compositionwas the business environment. Industrial environments require loud melodies while others, such as open-space offices, require quieter relaxing tones.The choice of instrument is very important. While today it is very easy to use computer applications to create sounds and music, Hubert chose to infuse more personality and originality into his melodies by recording live music,played on some of his own instruments. “I used the Moog Minimoog for the monophonic melodies and alarms. This legendary synthesizer brought electronic sounds into rock music and is still a fixture today with its unique sound signature.I wanted to hear the sound of the Minimoog in our telephones”, he added.Another evocative instrument used in the contest wasthe Harpsonic Carillon from the 1960s, selected for its relaxing sound. 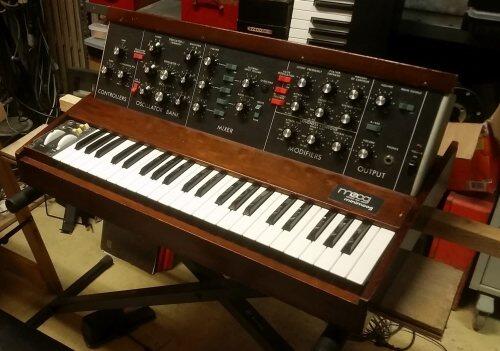 The requirement to create alarmswas a challengeon another level. Cedric noted, “I struggled to get to the extremely high level of noise that was required. I finally managed to get it, using the right instruments, with the right audio spectrum and the right effects.” This is where the super-wideband codec is a major asset. Being able to render high frequencies allows soundsto be heard more clearly without necessarily increasing the volume which might otherwise incur damage to the ear.

The energy and passion created by the challenge, using internal crowdsourcing added a real differentiator to the project compared to themore traditional approach of purchasing music from professional composers.One of the risksof using professionals is that they tend to propose similar things for different manufacturers, which can lead to a lack of originality. Hubert suggests that, “While involving amateurs may create some proposalsthat don’t work,it also creates an opportunity for exposure tomany different sounds and styles, which I believe is a real strength.” Designing ringtones for specific business environments is a key differentiator and the result of the unique mix of our market knowledge and the audio capabilities provided by ALE phones.

Integrating these sounds into the new 2019 ALE phone offering provides more than just ringtones.The motto of the challenge was: “Breath heart and soul into ALE phones!” and that is exactly what we got. The melodies have been composed with passion, joy, and sincerity. One of the unanticipated benefits of the challenge was the sense of community that it evoked in the participants. Carine expressed her pride in being part of the ALE team. Cedric, in agreement, added, “I am really glad this contest was created and that I was a part of it!”

To find the ringtone that fits your business, listen here.

Emmanuel Helbert has more than 25 years of experience in the Telecommunication industry. In charge of managing innovation, he’s developing an innovative mindset within ALE while multiplying inspiring collaborations. He deeply believes that creativity comes from mixing talent and culture and that co-creation is the main engine for disruptive innovation.