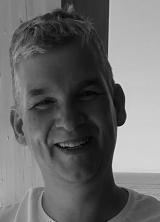 Rainbow Office powered by RingCentral delivers all the features you need to connect your teams in today’s new work world.

The fact that businesses could maintain activities during lockdown due to cloud platforms demonstrates the importance of future-proofing infrastructure.

The acceleration of digitalisation

The digitalisation journey is already underway and accelerating for everyone, enabled by digital-age networks, the cloud, and communications.